How I Got Real and Embraced a Rough Routine

Parenting doesn’t always go the way we want, or expect. Right this very minute as I type this? I’m sitting in the front seat of the car while BabyK (age 7.5 months) dozes happily in her car seat… just like I do every morning lately. 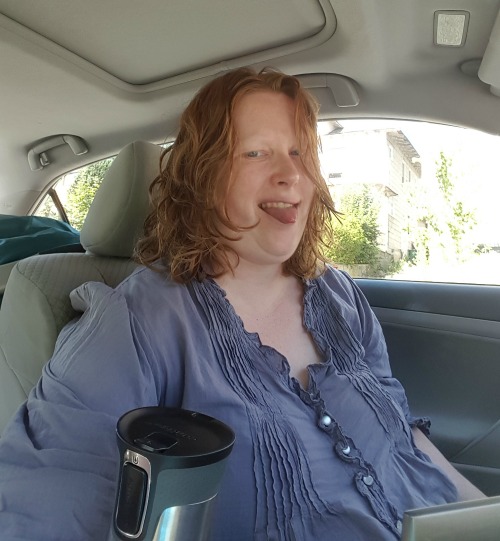 Yup, I admit it: I have given up struggling with her on napping temporarily. Until I’m ready to try again, her morning nap consists of me (or sometimes my husband on the weekends) driving her around for 15 minutes, then sitting in a parked car for an hour plus while she sleeps. For now, that’s the best routine that meets everyone’s needs sufficiently.

It’s not my favorite, to put it mildly. I want to be writing, cleaning, or if nothing else sleeping. The car is not optimal for any of these. So mostly, I’ve been reading Facebook on my phone, glancing at the time a lot. Eventually, desperately hungry for my usual morning snack, I often eat one of the food bars I keep in the glove box. Occasionally, I jotted down blog post ideas in a notebook or worked on a parody song about car naps. I felt both resigned and resentful.

Last week I took the next step in just admitting that this morning car nap is a real routine that happens every day… and I actually asked myself how I could make it suck less.

A few days later, I made a point of making sure my phone was fully charged so that I could play the music of my choice instead of the radio. I made sure that my laptop was charged, with me, and synced properly with Google Docs so I could access my writing pieces in progress. I packed a travel mug of decaf coffee and most gloriously of all, a healthy appealing snack. And I wrote most of this blog post while listening to some of my favorite Beatles songs, sipping coffee and with a full happy belly.

Sure, I’d rather BabyK had gone sweetly to sleep in her crib without leaving me trapped in the car, but at least I was comfortable and feeling okay about how I was spending my time.

I’m asking how best I can meet my needs in the current normal… the real normal, not the one I wish was the case. Doing this sounds like a no-brainer, but it can actually be kind of hard to get here when we’ve accepted a routine we don’t love. That’s because planning for something can feel an awful lot like accepting it, admitting that we’re not only doing something we aren’t fully onboard with, we’re doing it with intention…enough to plan and anticipate.

I’m also, of course, working on a longer-term plan to shift the overall routine into one that’s not such a drag. But in the meantime? I choose to give myself as much pleasure as I can. Here’s hoping that my next attempt at convincing BabyK to nap nicely goes better. Otherwise, you might still get to hear that car nap parody song I started.

Parenting and productivity both… you have to work with what you have instead of what you wish you had. Sometimes admitting that you’ve accepted something sub-optimal for the time being is the first step in making it better. And sometimes you have to take it one day at a time.

And what about you? Are there any routines in your life that you are suffering through more than you must? What could you do to make them better for yourself for the time being?

« Sneaky Self-Sabotage: 8 Ways We Don’t Get Things Done
When It’s Time to Change the Game »